To start off this week, we’re doing a little aerobatic flying in Turkey (at LTAI) with the aid of a piece of software called Airshow Pilot. I’ll not spend too much time describing what the software does here, just click the there to read more about it.  Suffice to say, that it’s the reason we’re starting this week off with a flight in an Airbus A321, flying out from London Heathrow (EGLL). 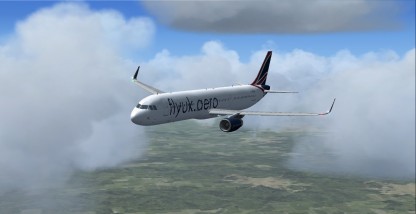 Coming in to land at Istanbul

Having landed at Istanbul, I took a jump seat across to Antalya (LTAI) and got prepped for a bit of aerobatic competition flying – Taking the Spiftire out first to see how she’d respond to a prescribed routine, not to be disappointed in her at all!

And then flying the competition itself in the Alabeo Extra 300S.

Looking at my result from this one (I sucked), perhaps I should have stuck with the Spitfire..

Competition over, I jumped into a Diamond DA-42 (which is rapidly becoming my go-to VFR aircraft) for a nice relaxing flight back to Istanbul.  From there, It’s into a Boeing 757, loaded to take an overnight scheduled cargo flight back to the UK.  Specifically London Stansted (EGSS)

Now back in the UK, I’m going to pick up one of my smaller planes, the Alabeo PiperSport Cruz for an IVAO connected flight back to my base airport at Norwich (EGSH).

The Cruz is a great little craft, the only thing stopping me using it more often is owning the DA-42  The DA is just faster and more of an ‘all rounder’ than the former, and with the addition of autopilot features as well, it’s just that little bit better.

Back at EGSH, I opted for a bit of time in the hangar, finishing off the first of two repaints for the H&S Design EC-135.

I’m actually relatively pleased with how this came out, so I decided to take her out for a local flight, taking a scenic route around East Anglia and arriving back at EGSH a bit later.

This week marked a bit of a change in my flight sim activities, in that I’ve finally applied to and joined a Special Operations Group, known as The 509th Wild Tigers.  As with all things, we have to start somewhere, so my first couple of flights were in the squadron’s training aircraft.  The Beechcraft T34-A Mentor & de Havilland DHC-1 Chipmunk. 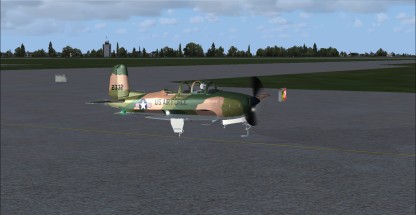 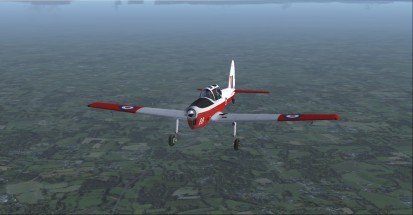 On a flight, somewhere over southern England…

Now that I’ve got a few hours under my belt, they let me loose with some of the more interesting number of the fleet…

And the Lockheed-Martin F-16 AM Fighting Falcon – Another bird for which I hold some fondness.